Corsair’s solid, rather than spectacular entrance to the case market a few years ago was generally down to price; its cases were fairly attractive and unique-looking, well built and sported plenty of features you’d expect to see in a modern case such as USB 3 ports, fan controllers and oodles of fan mounts.

The Carbide 400R and Graphite 600T are classic examples that were just a teeny bit too pricey to be a real threat to more established cases such as the One Hundred from Antec or the Fractal Design Define R3. This hasn’t stopped them being very popular, though, with their spacious innards and unique looks making them very modding-friendly.

The Carbide 500R retails for just under £85, however it immediately appeared to us that it’s a much more impressive case than the Carbide 400R, which retails for just £8 less. It feels very well made and looks less ‘plasticy’ than the 400R, with the black and white colour scheme of our review sample standing out proudly from other cases in our lab.

It’s beauty isn’t only skin deep, though, and a quick glance around the case reveals a number of interesting features. The front fascia pulls off easily (but not too easily) thanks to several metal prongs holding it in place. 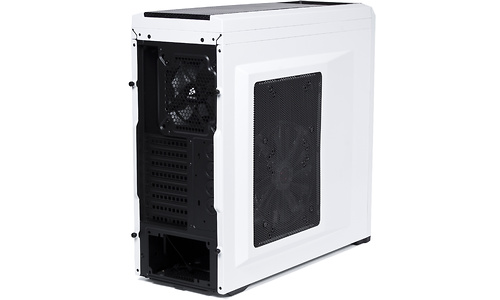 These should be much hardier than the plastic ones you usually find. This reveals a large dust filter which covers two white LED 120mm fans that sit in the bottom half of the front panel, blowing air over the six internal 3.5in bays.

The bays themselves are made up of tool-less trays, which allow you to fit a hard disk in seconds and they also support 2.5in hard disks — as you’d expect given Corsair also makes SSDs. Above these are four external tool-less 5.25in bays and a fairly packed front panel, which sports two USB 3 ports, a FireWire connector, the usual headphone and microphone mini jacks and a multi-channel fan controller, which can deal with all four of the included fans (three 120mm and one 200mm), offering three speed settings. There’s also a light toggle switch if you’d prefer to turn the fan’s white LEDs off.

A further dust filter protects the PSU bay at the bottom and it’s easily removable at the rear of the case for cleaning. 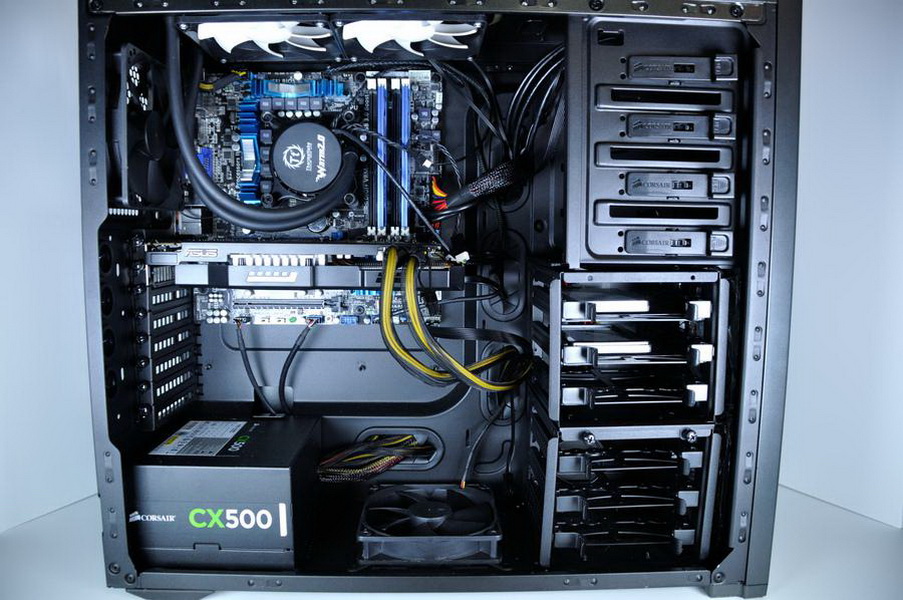 In front of the PSU mount is a 120/140mm fan mount allowing you to install a further fan, which is also in reach of the dust filter.

There is something about white Corsair products that makes us go all fuzzy and warm, that mix of build quality and the subtle sexiness that a splash of white can provide (keep it clean). 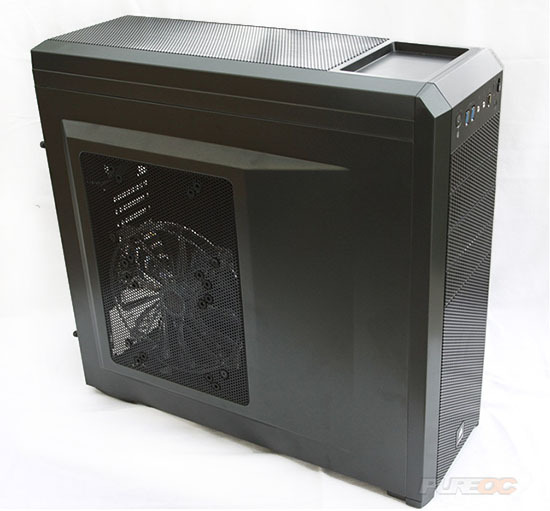 So with a warm fuzzy feeling not being caused by Emma Willis for once we finally get to take a look at the Corsair Carbide 500R.

First things first, when we looked up the price of the 500R we thought there was a mistake as its priced at just £86. All of us here thought it would easily be around the £100 mark, its not very often a Corsair products leaves us thinking «OMG that’s cheap»

The 500R is essentially a 400R with a few tweaks, the outside has obviously had a face lift but the internal chassis is basically the same albeit it now has removable hard drive bays. These similarities have some good and bad points, good in that the 400R was a great case with great cooling and plenty of room to build a tidy rig. The bad point is pretty much everyone we have spoken to has been excited about water-cooling this and thought that radiator support was the main point of this over the 400R. 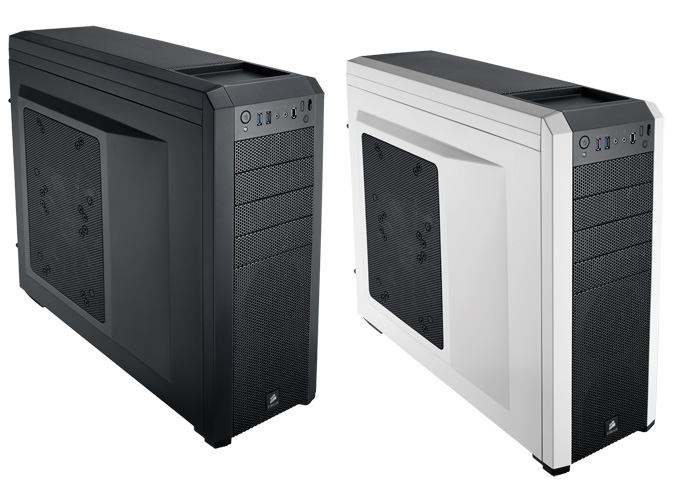 Sadly from a bolt it straight in point the only useful radiator you will be bolting in this is the h200 because that’s what’s its been designed for almost to the MM. No useful sized (50mm+) radiators will be able to be fitted in the roof without not refitting the black mesh panel.

The side panel comes fitted with a clear 200mm fan that has white LEDS which is something the 400R didn’t, the side panel does still support 2x 120mm fans or 2x 140mm fans should you wish to change them. It’s also worth noting thanks to the bulge in the side panel that the fans should clear almost all heatsinks, having the NH-D14 in and side panels fans is not a problem for example. The mesh on the side panel is great for people wanting to pummel their rigs with 1000’s of CFM’s of air but there are some of us that actually like to look at what we have invested our hard earned cash into, so a window panel would have been a nice option here and it does seem a shame this wasn’t thought of.

So no watercooling support and no window yet it still got gold? Right this is where I break ranks from the normal reviews and slide in a bit of the old school TTL. 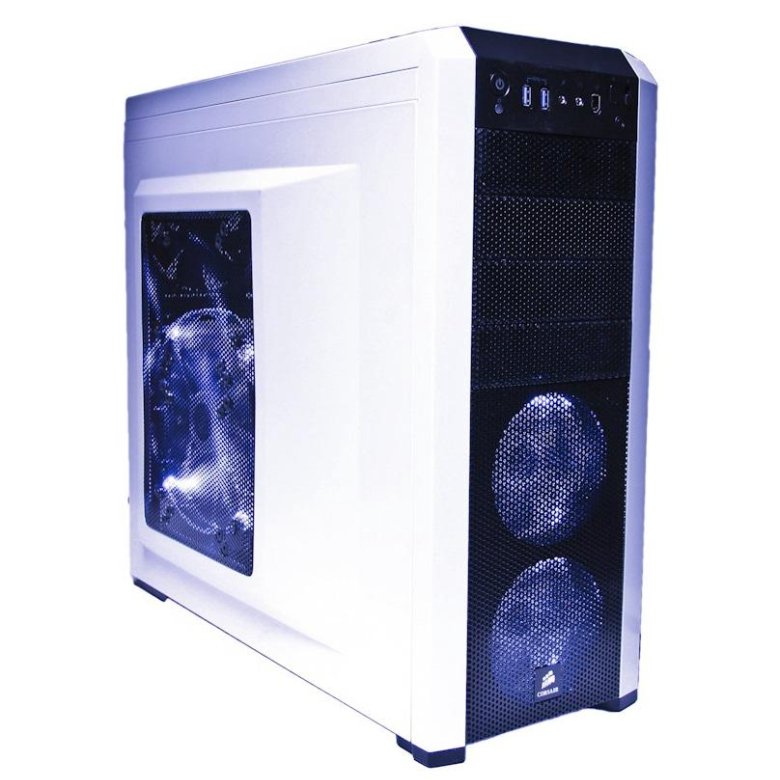 If you whiz out the HDD bays and maybe Dremel out a chunk of the optical bay you should be able to fit a 240mm radiator (easily 60mm thick with push pull) you will have to remove a section at the front of the case and mount the rad with a radiator grill so you have something to bolt to the case and also fit the rad to but its easily done with a few hours and the right tools. Same with the window panel, you can remove the tabs where the mesh mounts to the side panel with a Dremel, layer up some double sided foam tape and you can fit some acrylic there and still have the nice recess making it look like a factory fit! I’m not going to go into every last detail but its 100% able to be done if you have the tools and know which end of a Dremel is which!

The long and short of it is the 500R is a great case for the money out of the box and 90% of you will be perfectly happy with what gets delivered. The other 10% of you can get your tools out and make yours unique with minimal effort and claim those all important e-peen inches over the stock case boys! Its been a long time coming but thank you Corsair, for your efforts we can Award the 500R the first Gold award since we reviewed the white 600T!

Thanks to Corsair for the sample we tested here today, you can discuss your thoughts of the review in our forums. 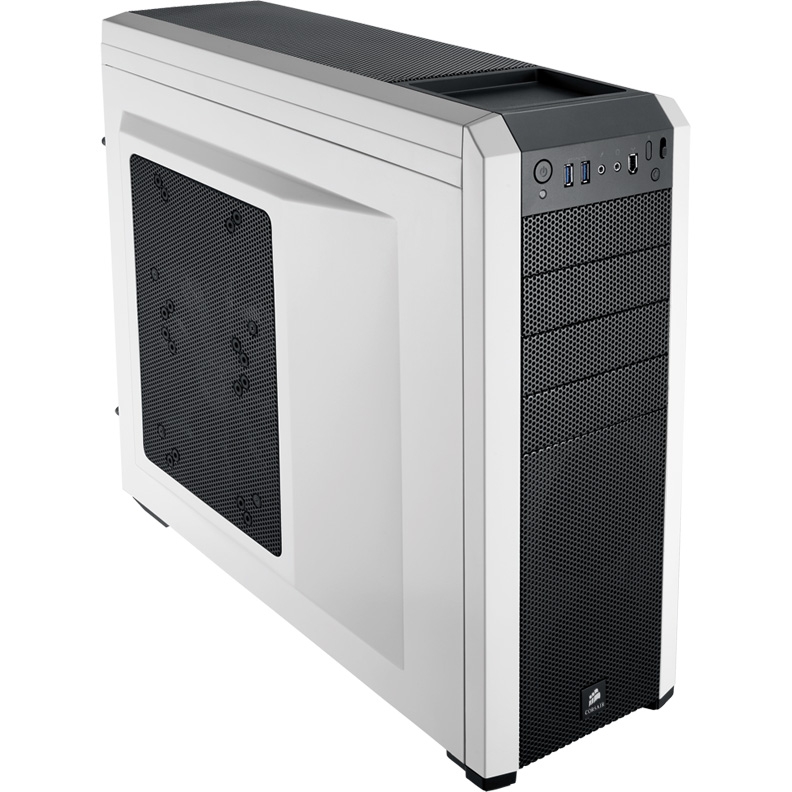