When overclocking an AMD Phenom II X4 965 Black Edition CPU is it safe to exceed AMD’s spec of a maximum processor temperature of 61°C by a little way?

PROBLEM: I have read that processors [CPUs] can run safely at up to 80°C but that when overclocked or otherwise the temperature should be kept below 60°C. My desktop PC has an AMD Phenom II X4 965 Black Edition processor, which has a high level of overclocking potential, and a Scythe Katana 3 air cooler. The AMD Overdrive utility has allowed me to overclock it from its stock speed of 3.4GHz up to 4.0GHz. The CoreTemp utility reports temperatures in the high fifties, occasionally peaking at 63°C. Although, when at that temperature the PC works perfectly, I am worried because AMD’s spec for the CPU’s maximum temperature is 61°C. CoreTemp also reports that the “Tj Max” for the processor is 90°C. Should I return the processor to its stock speed of 3.4GHz?

ANSWER: The 80°C figure is a common generalisation. There shouldn’t be any damage to the CPU at that temperature. Laptop (mobile) processors don’t usually have a maximum temperature under 100°C. That said, not all desktop processors would run faultlessly at 80°C. The 90°C Tj Max is the temperature that no part of the processor should exceed. The rule of thumb is that the temperature shouldn’t get to within 20°C of it, which would be 70°C.

It would probably be safe to run the CPU at 70°C, but it is not advisable to exceed AMD’s stated 61°C maximum for long periods, so removing the overclocking would be a sensible unless you need the extra performance for, say, gaming. Running a CPU at a 100% load is a worst-case scenario, since very few computing activities make the maximum demand. Your CPU just goes a few degrees above the recommended maximum, so I would implement a modest overclock and have CoreTemp running while using the PC under usual conditions, viewing what the maximum recorded core temperature is from time to time. If it remains below 61°C, increase the overclocking, which could also entail increasing the system bus speed, upping the clock-multiplier setting and increasing CPU’s operating voltage in the system BIOS. 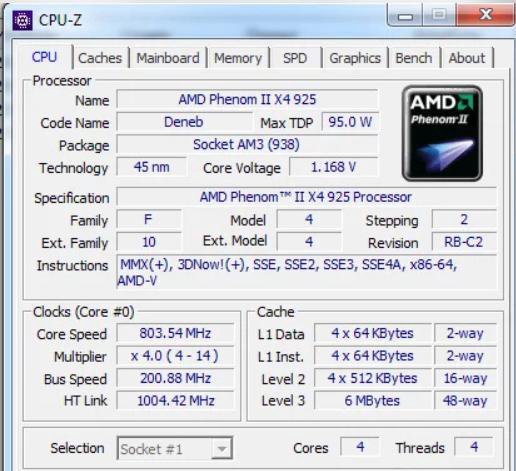 However, if the recommended maximum of 61°C is approached in normal use, improve the system’s cooling. Get a better heatsink and fan cooling unit and add case fans, remembering that you have to get the air flowing through the case, usually with the fan(s) in the front pulling air into the case and the fan(s) at the back extracting it.

There should be at least one fan drawing air into the case and at least one fan expelling air. Using a powerful graphics card, usually makes it necessary to add case fans. Make sure that the cabling inside the case is as neat and as far out of the airflow as possible and don’t put the PC in a confined space or near sources of heat.

Using a water cooler would allow the maximum overclocking if air cooling fails to make the PC run under 61°C. At the time of writing, the following video was available showing such a unit and how it is installed. I would search Amazon for Liquid CPU Coolers. I saw a few well-reviewed models made by Corsair when I used that search query. 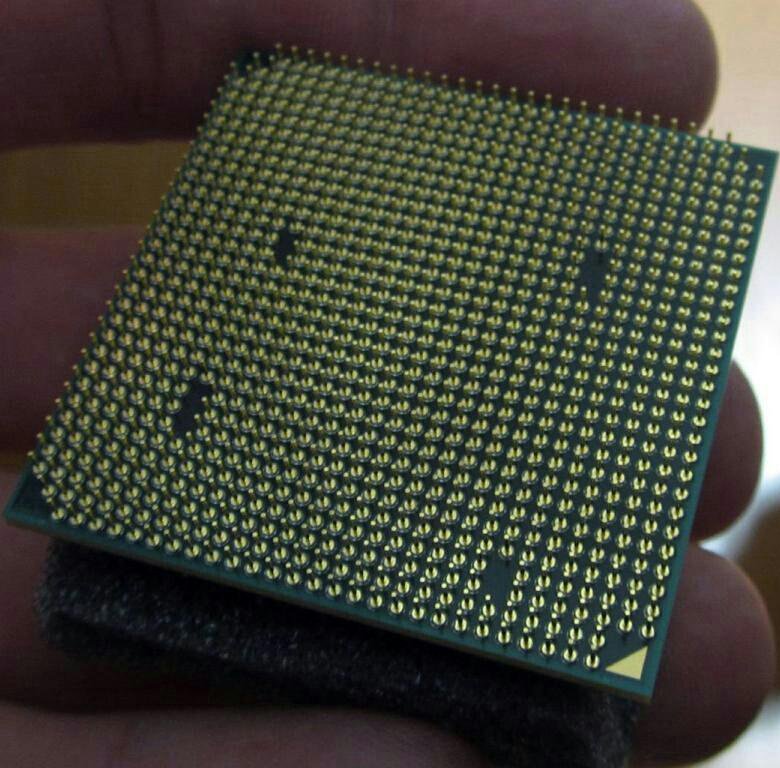 
I am an experienced PC technician who has been the owner and sole writer of the PC Buyer Beware! website since 2004. I am learning all the time in this very dynamic, ever-changing field.

By using this website, unless you choose the Reject option on this Cookie Consent pop-up, you are agreeing to the use of cookies created by this website’s advertisers in order to display adverts.Accept Reject How this site uses cookies

While 7 GHz was achieved with extreme cooling, AMD says overclocking up to 3.8 GHz for the 3.2-GHz X4 955 is safe at home

Advanced Micro Devices on Thursday introduced the latest member of its Phenom II X4 family of high-performance quad-core CPUs, which the No. 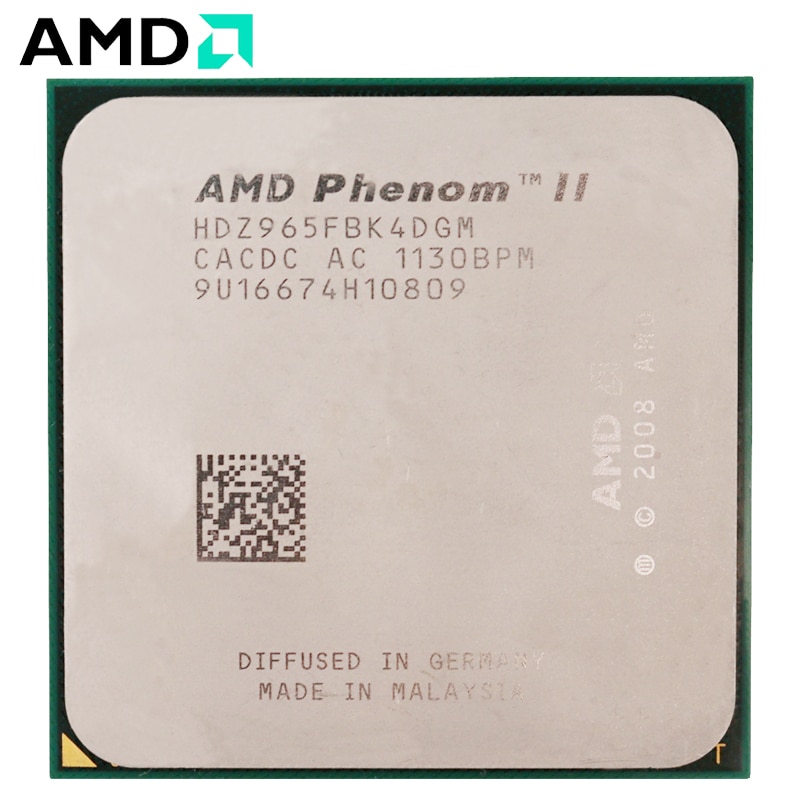 2 chip maker said it had run as fast as 7 GHz in extreme overclocking tests.

Out of the box, the new X4 955 Black Edition, which is aimed at gamers and hobbyists, runs at 3.2 GHz, giving it similar performance to Intel’s fastest desktop chips at lower cost, AMD says.

However, AMD was able to more than double the CPU’s speed during its tests, said Brent Barry, an AMD product manager.

The Web site Ripping.org notes that hobbyists with early access to the X4 955 chip have been able to clock it at up to 6.7 GHz.

At the International CES in January, AMD demonstrated its then top-of-the-line X4 940 running at 6.5 GHz. (Watch the YouTube video.)

Key to achieving such speeds is the use of exotic cooling materials, primarily liquid nitrogen and liquid helium. 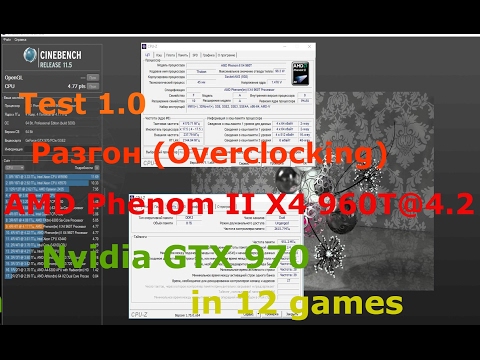 Liquid helium, however, is much trickier — and more dangerous — to work with than liquid nitrogen and other more conventional coolants used by home overclockers, including water or air, said Davis.

The amount of helium required is huge. To cool a PC for 90 minutes requires 250 liters of liquid helium inside a aluminum vat the «size of a VW Beetle,» Davis said. The helium is kept under such high pressure that a leak has the potential to push all of the other gases out of the room and asphyxiate anyone inside.

Technically, AMD’s warranties don’t cover chips damaged by overclocking. But AMD offers software such as its OverDrive application to make it easier for their chips to be safely overclocked. And the company says that the 3.2-GHz X4 955 should be able to easily operate at up to 3.8 GHz using conventional fan cooling. 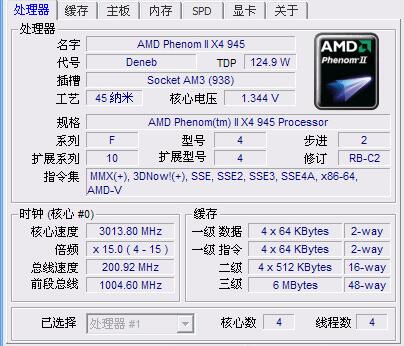 Phenom II X4 965 BE (125W) quantitative parameters such as number of cores and threads, clock speeds, manufacturing process, cache size and multiplier lock state. They indirectly speak about the performance of the processor, but for an accurate assessment, you need to consider the results of the tests.

965 BE (125W). Higher memory frequency may be supported depending on the motherboard.

This is our overall performance rating. We regularly improve our algorithms, but if you find any inconsistencies, feel free to speak up in the comments section, we usually fix problems quickly.

Here we recommend several processors that are more or less similar in performance to the reviewed one.

According to statistics, these video cards are most often used with Phenom II X4 965 BE (125W):

Here are the most powerful video cards used with Phenom II X4 965 BE (125W) according to user statistics: